Is Single or Multiple Core Better For Running Multiple MetaTrader 4 Terminals on your VPS? 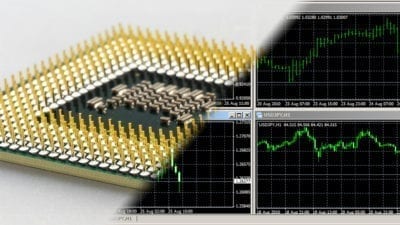 MetaTrader 4, which is also known as MT4, is an ETP (Electronic Trading Platform) widely used by online retail foreign exchange speculative traders. It was released in the year 2005 and founded by MetaQuotes Software This software is licensed to the foreign exchange brokers who provide this software to their clients. Below we’ll discuss why it is better to run MetaTrader 4 on 1 core than running it on multiple cores.

Why running MetaTrader 4 on 1 Core is better than on Multiple Cores?

In this blog post, we’ll discuss how to improve the performance of MT4 and reduce the delays of your Expert Advisors and indicators. There are probably lots of people out there who are experiencing slow performance with their MetaTrader 4 software applications when running automated EA and trade copier software on their VPS or PC. For instance, experiencing a trade copier delay of about 10 to 60 seconds when copying trades is not acceptable. The problem occurs because of the MT4 platform when it runs on a CPU machine with multi-cores. A trade copier software generally synchs trades every 400ms, which is two times a second, and one can also adjust the synchronization rate in order to improve the speed and performance.

This is all about MT4 software applications and why the performance of your MT4 applications goes slow. If your MT4 application is running slowly and your VPS server provider tells you that everything is working fine on their end then you must check if your VPS is a multi-core CPU machine. I hope that this article will help you to explore the reason for your slow MT4 problem and tricks that will help you to fix this issue. These are the reason TradingFXVPS.com adopted the 1 Core policy to guarantee the best trading performance and experience for our traders.

References from the author: Rimantas Petrauskas